With MIPIM a matter of weeks away, Stirlin have been preparing for the event which will mark the official launch of Leafbridge, our largest development to date.

Managing Director, James Kirby, sat down with Business Link magazine to discuss the vision for Leafbridge, the growing economy in Lincolnshire and our involvement with ‘Team Lincolnshire’ at MIPIM.

Can you tell us a bit about the Leafbridge development?

Leafbridge is a 44-acre development site in North Hykeham, Lincoln and our largest development to date. Our ambition is to create a new place of enterprise, with high specification commercial space available for both local firms who need to relocate due to expansion and from national operators who want a presence in Lincoln.

Leafbridge is estimated to support 400 jobs, including the potential creation of over 200 new roles, and supporting the local economy. What other benefits will it have for the immediate area?

The site is adjacent the popular Access Lincoln Transport Hub, which benefits from national rail connections, bus routes to Lincoln and the surrounding areas, a ‘park and ride’ service and a hire bike scheme. These services will be enhanced with additional parking facilities and an improved entrance.

The site itself features several lakes, which will be enhanced through the implementation of a landscape design strategy and opened to the public. As the site develops we see the potential for further open spaces within the site to be used by the occupants for informal meetings and lunches, encouraging collaboration across the various businesses.

The initial planning application for a mixed-use development was refused at planning committee in 2016 which led to a review of the masterplan and resubmission. Can you tell us a bit more about this process and whether or not it strengthened the final application?

Whilst the refusal of the original planning application was difficult to comprehend at first, Stirlin are passionate about delivering development sites, rather than land banking, so there was never a doubt about ‘going again’. We have been developing commercial sites for over 10 years so the switch to a commercial scheme made a lot of sense.

As a brownfield site, with its location adjacent the Access Lincoln Transport Hub, we have always viewed Leafbridge as an opportunity, a place which could positively benefit the local area, so we were delighted when the revised application was granted planning permission in October 2017. 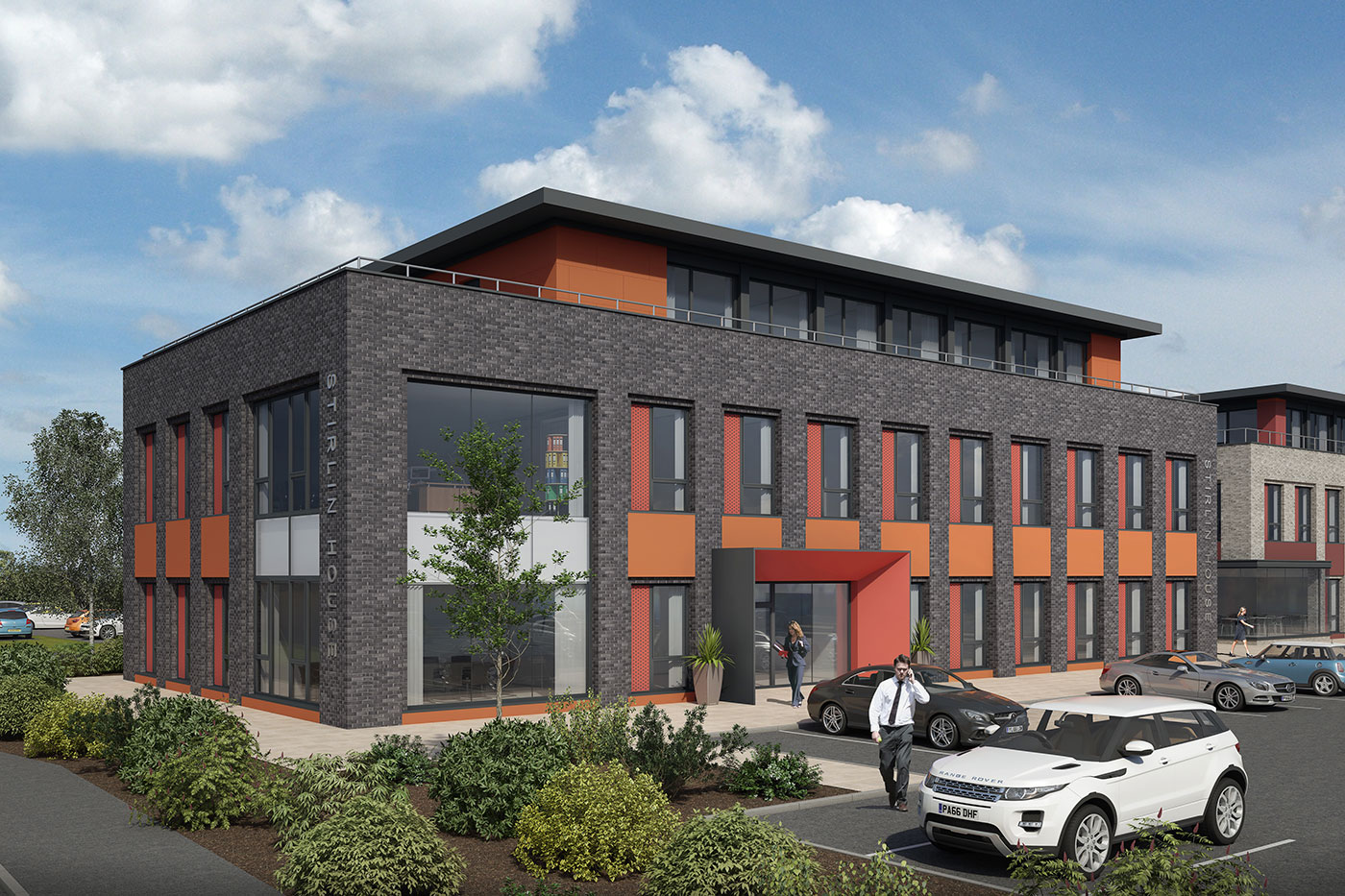 Leafbridge will offer 300,000 sqft of employment space as well as access roads, car parking and public open space. Do you think this will draw in employers and help cement Lincoln as a city that means business?

Absolutely. The majority of the Stirlin team have been born and raised in Lincoln and have seen first-hand the positive changes to the City over the past 25 years, starting with the University. More recently Lincoln is going through what’s being described as a ‘golden age’ of development, with local businesses expanding to meet demand for their services and national operators viewing Lincoln as a desirable location to invest.

As a company we are proud members of ‘Team Lincolnshire’, a public-private sector contingent brought together with the purpose of championing Lincolnshire, and are delighted that Leafbridge has been selected as featured development in the Team Lincolnshire MIPIM brochure.

As well as offering space for offices, research and development, light industry, storage and distribution units, what other sectors do you anticipate will be interested in Leafbridge?

We’ve had a variety of enquiries already for Leafbridge, varying from prominent local businesses to small start-ups, which is really encouraging. Several of these enquiries are currently in the early stages of design, as part of the masterplan development for the site, and we hope to submit a detailed planning application soon.

One typology currently in design is a pair of managed office buildings, which we hope will meet the needs of small and medium-sized enterprises working in various sectors. Our ambition is to create a modern, serviced workplace, which encourages and supports business growth and collaboration.

Leafbridge is set to officially launch in Q2 2018 through your partner agents Pygott & Crone. What has the initial interest from industry been like?

We’ve had some fantastic feedback so far and our team are working very hard to create and deliver a scheme which creates jobs for local people, supports and nurtures the growth of local businesses and encourages national operators to invest in the area.

We believe that Leafbridge has the potential to become a destination for businesses in and around Lincoln and we are continually consulting various firms to ensure we can meet, and surpass, their requirements for high specification commercial space.