For someone who has had Lincoln in his heart all his life, James Kirby feels he made the right choice when he decided to start his business developing the city and surrounding areas, making the improvements that the area sorely needs. Since founding bespoke development company Stirlin Developments in 2007, the firm has survived a recession with little or no help from banks and is now looking at more than doubling staff and significantly boosting turnover by the end of the year.

It’s not often that people can say that they have landed their dream career, but James is one of those lucky few. “I look forward to pretty much every day in what we do, because there’s always a surprise around the corner,” said James. “I feel really fortunate because if you ask people, even up to their mid and late 30s, ‘What do you want to do for a living?’ most people look blank. I sort of found development in a way. But now, I realise probably it was always going to be that way.”

Not only has he found a career that makes him leap out of bed in the morning, but he has founded a business that allows him to work from the grounds of his own home, whilst still being about to spend time with his two young children Freya, 7, and Lewis, 3.

“I’ve always worked from home. It’s nice to be around the kids. I get up early and get on with work and it’s nice to see them get up in the mornings. I’ve been very fortunate that I’ve got that.”

James is not ashamed to show how proud of Lincoln he truly is. After the tourism boost given to the the city by the Barons Charter Trail last year, he just had to have one. Whilst at a business dinner, James sent one of his staff to bid on one of the attractions with a £3,000 limit in mind. However, after he was told how much they were going for, and had a few glasses of wine, he upped his budget to nearly double and took home the Town Cryer Baron to display in his meeting room with pride.

He is determined that even with great plans for expansion, Lincoln and Lincolnshire will be where his focus remains and with a strong and unique selling point, James is well on his way to conquering the county.

“Our unique selling point has become freehold. If you want a brand new building to give the correct image, that’s bespoke and designed to your purpose – to actually have that and then be able to acquire it at the end, there are no other companies that are prepared to do that.

“The bigger players just retain and that’s their business model. They’ve clearly got the capital to be able to do that, but it does make it difficult for smaller businesses to have the opportunity to buy their own piece of England.

“It’s very rare and that’s why we’re tapping into that and it’s enabled us, in a poorer time, to actually get one or two sales away, despite the market being really thin. There are still the one or two able to do so and they have to come to us. That kept the business going and growing the reputation and the brand.” 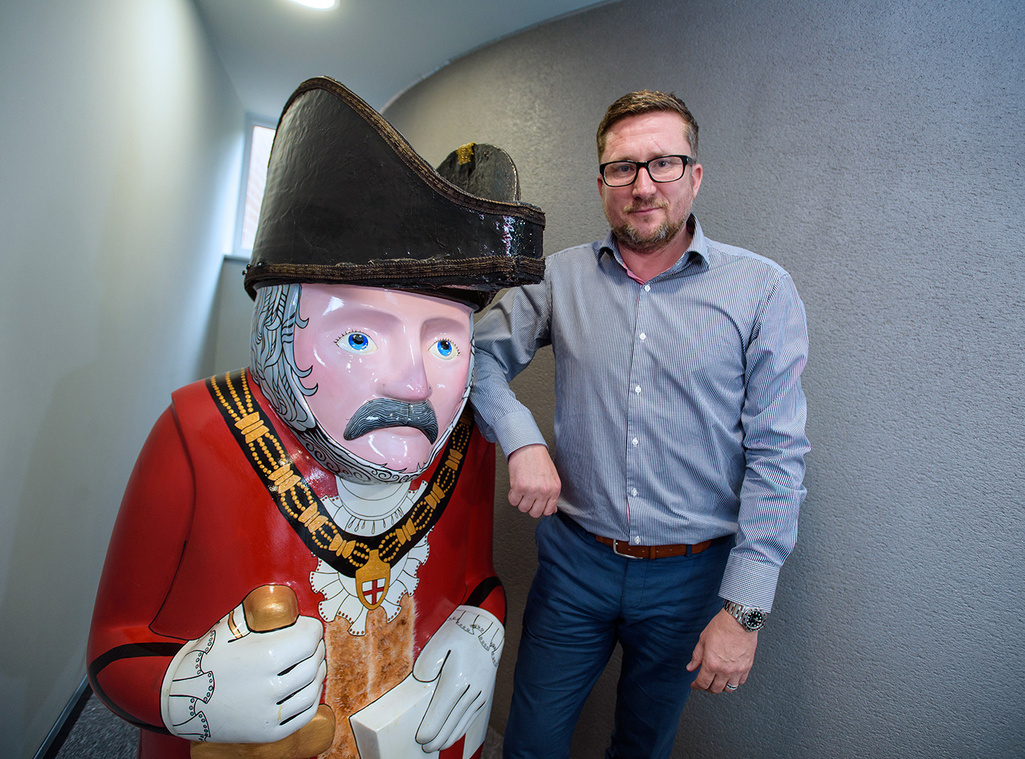 In October 2007, it seemed like a great idea for James and his new found business partner Jeremy Jones to leave their old jobs and start afresh. So at the age of 30, James co-founded Stirlin Developments with a bank loan to fund their first project on an acre of land at Saxilby Enterprise Park around March 2008, which they named Stirlin Court.

“Anybody would know that when you start to grow a business it’s eating up more money than what you’ve got, constantly. As soon as £10 comes in, you’ve got to pay £12 out. We were playing catch up a lot early doors, which was just all part of what you’ve got to do to build a good solid base.”

Proud of their first four hybrid units with offices on the first floor and a workshop/warehouse on the ground floor they created an additional two units in the same area, but that’s when the recession hit, and it hit hard.

“We hardly had a viewing for a year, if at all. We were £800,000 in debt to the bank. My business partner at the time and I started thinking to ourselves, ‘What have we done here?’ But fortunately there was a gentleman who only lived at Saxilby who had a similar problem.

“He had a lot of staff, 33 at the time, but was having sleepless nights as I was – me about finance and him about how is he able to grow the business. He was running it from home in an old agricultural building that they had converted.

“We met and we had a deal agreed within a week and he acquired all six units plus their expansion land and actually we got the contract as well to then convert the warehousing into more office space. That was a company called OrderWise and David Hallam.”

“We needed that sale to clear the debt and move onto the next site.”

It was easy to see that times had changed and banks had already started to see the development sector as high risk and speculative, so despite having already bought a second acre at Saxilby Enterprise Park, the bank wouldn’t even provide Stirlin Developments with a £5,000 overdraft.

“I came to realise pretty quickly that we were going to have to be self funding in the sense that we utilised our own capital, which Jeremy and I managed to have between us and within the company, but we also looked to individuals as private investors. That’s worked really well and we’ve gained some really good relationships, good friendships in fact, by utilising the funds of successful people, providing them a return much greater than they would get in the bank.

“These are people who had made their money through business and understand that it’s never an ideal situation. You make your best plans, you give them your best projections of when returns will come but ultimately the market will decide. I always do my very best to promote our sites along with our agents Hodgson and Elkington (now Lambert Smith Hampton).

“Now we are nearly 10 years into the business, we’ve got a track record of success and we’ve got some good developments behind us. I’m hoping the banks will firstly come back into the sector in general and then become a little bit more how banks used to be, a bit more personal. Not just tar every developer with the same brush but look at your track record and take that into account, which I don’t think they do at the moment.” 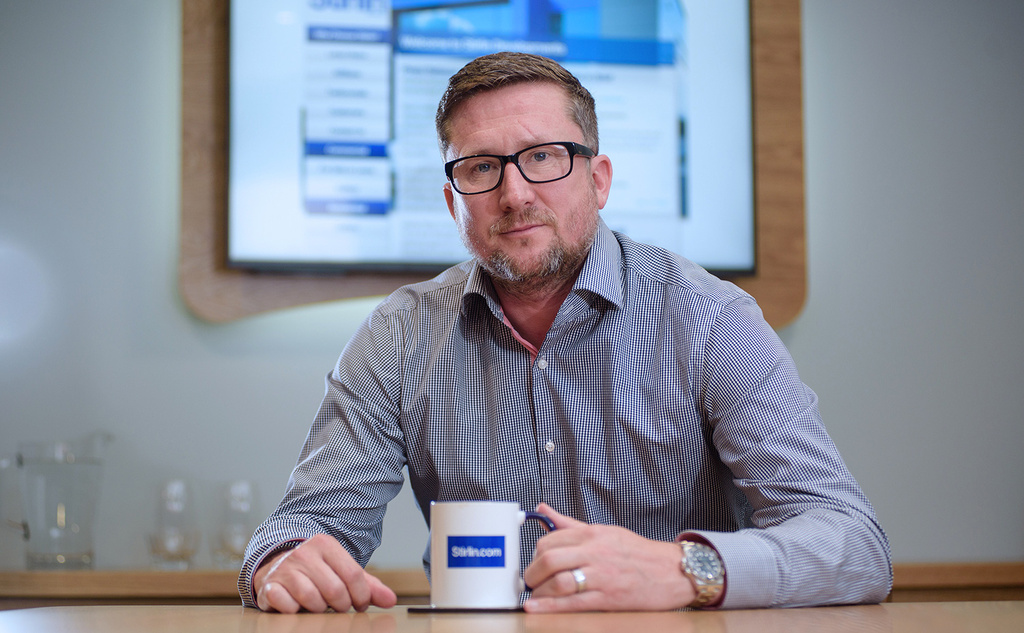 Having the foundations of the business firmly in place, James bought out his business partner in 2013. Managing only three staff at the time, he has now seen how the company can flourish when there is no longer a recession. By January 2016, this had risen to 16 full-time employees, by May it was 29 and James plans on boosting this to 50 by the end of the year. Over the last two years, the business has just kept growing at a rate of knots and James has no plans on stopping there.

“We’re hoping, and expect, to have circa eight to 10 developments in locations such as Lincoln (there will probably be three, perhaps four in Lincoln), there will be at least one in Newark, Grantham, Sleaford, Louth, possibly Market Rasen and other places which we are looking and locating to identify as having the same need as Lincoln – a low supply to a high demand.”
Expanding geographically is not all that James has planned. He has already started making changes so that the company can become a one stop shop for development.

“What we’re starting to do is bring a lot more stuff in house. We now have Stirlin Plumbing and Heating, Stirlin Electrical and we’re going to continue to bring further trades in house.” He is also now looking to expand to bring in Stirlin’s own plastering, joinery and architectural services.
“Ultimately as a developer, you need all the skills. We’ve decided to go down the route that we spend X amount on plumbing for instance, when you look at what you need to do to set it up, it’s probably equivalent to the first year’s expenditure, it’s a no brainer to then bring that in-house and when they’re not working on our own development stuff they will be able to install a new gas boiler at a residential house down the road. That’s gone really well.”
After a tough few years starting out, James is looking forward to celebrating his 40th birthday abroad with his wife and children along with close friends for a well deserved break, reaping the rewards of his success.

The above article was featured in Issue 82 of Lincolnshire Business (mag.lincsbusiness.co/issue82)